Can You Imagine Overseeing Thousands of Product Ingredients? This Johnson & Johnson Scientist Can

Share
Ever wonder what's in the mouthwash, lotion or shampoo you use? Kurt Reynertson knows everything there is to know about the ingredients in the company's consumer products—and the measures Johnson & Johnson takes to keep you safe.
By Kurt Reynertson, as told to Nicole Frehsee MazurJuly 07, 2019
Today's Top Reads Close

That's the number of ingredients used across Johnson & Johnson's portfolio of consumer products.

And as the company's Manager of Regulatory and Stewardship Policy, it's Kurt Reynertson's

Kurt Reynertson,Manager, Regulatory and Stewardship Policy job to evaluate the science behind every ingredient used in everything from mouthwash to baby shampoo—working alongside other Johnson & Johnson experts with the goal of making sure each one is as safe as possible.

As summer starts to heat up—hello, sunscreen!—we spoke to Reynertson to find out more about the important work he and his team do.

"I decide the ethical and responsible management of the ingredients in our consumer products, so I have the humbling and awesome responsibility of knowing what’s going on with any ingredient in any consumer product we sell anywhere across the globe.

A lot of what I do relates to putting policies in place to ensure everything we make is safe from a health and environmental standpoint. I also interact with colleagues during the research and development process, as well as during clinical trials when Johnson & Johnson is looking at new ingredients or developing products in new ways. 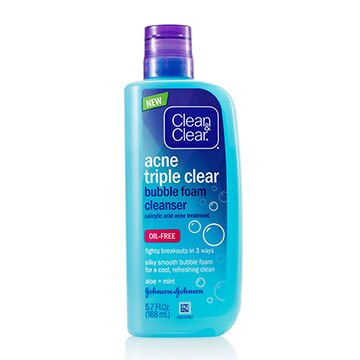 One innovative ingredient in this cleanser is made from potato starch

I have a bunch of Google Alerts! Seriously, though, I’m a scientist so I pay attention to all the emerging literature in scientific publications, and I also keep track of what's going on with regulatory bodies and health authorities—think counterparts to the FDA—around the world. When there are laws being proposed around regulating particular ingredients, it's my job to help interpret the rules to answer the question: Do these concerns make sense scientifically?

I'm lucky because I enjoy learning more about some of the innovative ingredients we have, like one made from potato starch that's used in skin cleanser to help remove oil and other debris from the skin. It's called Natrasurf? and not only is it made from a naturally occurring, highly renewable source, but it's created using a low-energy manufacturing process. In addition, Natrasurf, which is found in Clean & Clear? Acne Triple Clear? Bubble Foam Cleanser, is naturally biodegradable.

I love my job because I'm able to give people peace of mind about what's in our products. I know they can trust us and that there’s scientific evidence behind the ingredient choices we make.

Ingredient safety is so important to me because …

The first thing I think of are my own kids, who are now 11 and 18. I personally started paying attention to ingredient safety and intensely reading labels when I became a parent. I understand the anxiety of doing the wrong thing for your kids, and I want to believe that anything I’m getting for them is the absolute best and safest possible.

I love my job because I'm able to give people peace of mind about what's in our products. I know they can trust us and that there’s scientific evidence behind the ingredient choices we make.

What I've been focused on studying recently …

Reviewing our sunscreen ingredients has taken up a large chunk of time in the last year as there’s a lot of misinformation and conflicting evidence out there. 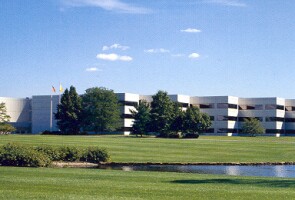 Reynertson does most of his work at Johnson & Johnson's consumer campus in Skillman, New Jersey

I've specifically been working on debunking the idea that sunscreen is impacting coral reefs. According to coral scientists, climate change is what's killing coral. There’s a whole host of other local stressors after that having to do with disease, overfishing and pollution from runoff. The science behind the claim that sunscreen is to blame is not conclusive, and certainly not sufficient to deem it harmful.

The Science of Sunscreen: 3 Experts Tackle Common Myths About Its Safety

In the meantime, some researchers, doctors and healthcare organizations have expressed concern that sunscreen bans could lead people to skip sun protection altogether, putting them at a greater risk for developing skin cancer. It remains an essential part of a comprehensive sun protection plan.

I'm proud of the work I do because …

Johnson & Johnson is first and foremost a healthcare company, so we look at safety differently than other personal care companies.

Many of the steps we take to ensure ingredient safety—like only sourcing raw materials from thoroughly vetted vendors and testing product formulas in a lab—aren’t necessarily mandated by any laws or regulations. They’re part of our processes because Johnson & Johnson prioritizes the safety of our consumers over everything else.

I'm just a small part of that process." 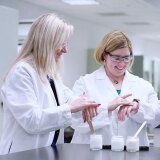 Safety Is a Priority at Johnson & Johnson
Learn about the safety measures the company follows when making its science-backed baby and beauty personal care products.
Read more
九九99香蕉在线视频